Special guest Dr. Bjorn Lomborg discusses the ways in which countries can best minimize the negative impact of global warming and other issues. 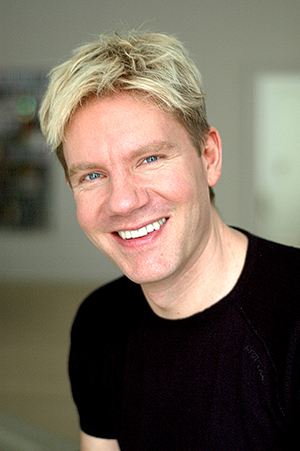 Although global warming is a very real issue, media and political outlets have exaggerated the severity of its impacts. Weather data over the past decades have shown no drastic increase in droughts, flooding, hurricanes and other destructive natural phenomena. And although sea levels continue to rise, Lomborg argues that human adaptation will continue to reduce the number of climate deaths.

“We know that there’s a problem. We know things will get worse due to sea level rise,” Lomborg said. “But we will also become much richer and be much more likely to tackle these problems and do really well.”

Lomborg argues that the current goals for carbon reduction is not only an arduous and fragile process, it also provides no immediate benefit to developing nations suffering the most from climate change. Poorer nations are most heavily impacted by global warming, pollution and natural disasters. They are the ones who suffer most both in regard to lives lost and GDP.

“If you want to help people avoid damage from climate, you could cut carbon emissions and eventually there will be slightly less of a problem. But you could also help them by making sure they are not as poor, which would help them right now.”

Although the Paris Agreement has policies in place for rich nations to assist poorer nations in adaptation and climate death prevention, Lomborg apparently does not believe the Paris accords are offering the right forms of aid. Providing financial aid and access to greater resources will help developing nations adapt quicker and minimize the damage caused by global warming.

Other avenues such as a carbon tax, investing more in the invention of alternative energy solutions, and increasing research and development for geoengineering technologies would also incentivize wealthier countries that are most responsible for global warming to develop cleaner and more efficient forms of energy to reduce their carbon footprint.

Lomborg’s talking points are primarily focused on global warming. But climate change is a multi-faceted, interconnected issue that extends beyond global temperatures into all aspects of the world’s ecosystem, including ocean acidity, biodiversity and changing wind patterns. However, Lomborg remains confident that his methods addressing global warming will likewise have a positive impact on all other facets of climate change.

“The only politically relevant way of making sure that people care about things such as biodiversity is to make sure that they are rich enough to act like rich countries and say they care about these issues.”