Has the Pandemic Affected Our Empathy for Sick Co-workers?

Pre-pandemic, many viewed presenteeism — when a co-worker comes to work sick — as simply “being a good soldier” or “taking one for the team.” Yet sick workers often suffered mistreatment from co-workers, even though they delivered on their tasks or roles despite not feeling well.

“This has always puzzled us, to the point that we decided to study it and learn why the mistreatment occurs,” said Michael S. Cole, professor of management and leadership at the TCU Neeley School of Business, who worked with researchers from the University of Central Florida and SMU.

As the pandemic lingers on, many workers are at risk of coming to work ill. Cole and co-authors Shannon G. Taylor, Marcus M. Butts and Troy Pounds explain the degree to which employees mistreat co-workers who appear to have COVID-19 or another illness in “Are You Sick? Understanding the Effects of Coworker Presenteeism on Workplace Mistreatment,” published in the September issue of the Journal of Applied Psychology.

“Contrary to the lay belief that there is a high degree of selfishness during the pandemic, we show that employees tend to respond to sick co-workers with increased concern for them and, subsequently, they do not treat the ill employee poorly,” Cole said.

However, when employees are struggling under a heavy workload, they may have less empathy for others, the researchers found.

Presenteeism can be difficult to prevent. There is no federal paid sick leave law. Financial needs — and even the fear of getting fired — prompt many employees to report to work when they’re sick.

“Our findings reveal that the effects of showing up to work while perceived to be ill extend to one’s colleagues — namely, their interpersonal mistreatment of the sick employee, which will have psychological costs for the mistreated co-worker and real financial costs for the employer,” Cole said. “Mistreated employees are absent more, use more sick days, have lower performance and quit more frequently — all of which negatively affect an organization’s bottom line.”

To be first on the scene, managers must be made aware of any mistreatment, he said. “Employees who believe their managers are trustworthy, supportive and fair will feel more comfortable voicing complaints.”

As mediator, a manager’s initial action should be to initiate relationship repair by encouraging a perpetrator to apologize and make amends. “A viable alternative may include encouraging open dialogue within teams or departments about expectations of respectful conduct among all employees,” Cole said, noting that programs like Civility, Respect, Engagement in the Workforce (CREW) foster such conversations.

Perpetrators who fail to apologize or have a history of mistreating co-workers should be publicly punished, he said. Private punishment risks the targets remaining unaware that a perpetrator was disciplined — and even potentially taking matters into their own hands with increasingly aggressive acts.

“Third-party onlookers may also be interested to know whether and how incidents of mistreatment were addressed,” Cole said. “In addition to gaining insights about a workplace’s culture and its managers’ tolerance for mistreatment, bystanders will vicariously learn about the treatment they might expect as either a perpetrator or a target.” 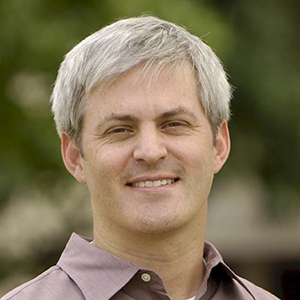