What has it been like to be, in general, a Native American, and, specifically, a Chickasaw at TCU?

My ancestors are on the tribal rolls that were established by the Bureau of Indian Affairs. As a result, I was able to register as a member of the Nation, as were my children and grandchildren. The Chickasaw provides many benefits to members, including grants that are currently putting four of my grandchildren through college.

Why do you feel it is important that TCU non-Native faculty, staff, administrators and students learn about and from Native American peoples?

Learning about and understanding all minorities will provide TCU students great opportunities as they move into a United States culture that is changing to include all peoples, regardless of ethnicity.

Why is it important that TCU has developed a Land Acknowledgment statement?

It lets students and faculty know that this land that TCU sits on is ancient and that there were Native American peoples who lived their lives on the land. It represents an expression of respect and reverence for those peoples. We live far different lives on this land now than they did, but we are all related as human beings and can have a deep appreciation of the land.

However, it needs to mean more than just that and become a reason for us to learn about the peoples – who they were, how they lived, their lifestyles, their religious beliefs, their customs. Even though I am Chickasaw, I feel an affinity for peoples of all other tribes. The statement acknowledges we are all related through the land. Given that, then we should want to know more about the peoples who lived here before us. When I am on the campus each day, I think about them and try to imagine what they were like. Hopefully the statement will inspire others to be inquisitive as well.

What would you like to see TCU do in the future to further develop our Native American efforts and relationships?

The headquarters of the Chickasaw Nation is in Ada, Oklahoma. It depicts the lives and history of the Nation. Each time I am there, I learn more – how they lived, the trials they went through and how they succeeded – and it gives me a great deal of pride in being part of the Nation.

While we can’t duplicate that, I would like to see TCU provide that information through a dedicated space or even adding courses that study Native American cultures. There are efforts underway, for instance, to look at teaching business students about Native American businesses and to host events to further teach our students about the culture.

What do you think TCU can do to empower Native Americans on our campus? 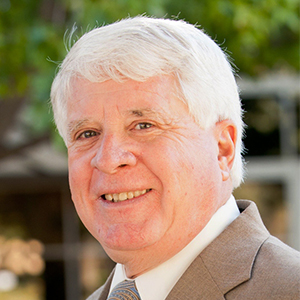