How Do You Account for Goodwill in the Business World?

TCU Neeley Accounting Professor Shana Clor-Proell shares her recommendations on how companies report the value of their goodwill and other intangible assets.

In the 1947 movie, “Miracle on 34th Street,” Kris Kringle, working as Santa Claus for the Macy’s department store, began telling parents where they could find the toys their children wanted for Christmas that were not being sold at Macy’s.

At first the higher-ups at the store were furious, believing that Kringle was sending customers away. That is until they realized that more people were going to Macy’s than ever before.

Hundreds of parents, grateful for the services provided by Kringle – and by extension, Macy’s – not only became returning customers, but they also spread the word about what Macy’s was doing, generating an even larger influx of customers for the store.

“Miracle on 34th Street” is one of the most famous representations of the value of goodwill for a business. From an accounting perspective, though, that goodwill would never appear in Macy’s financial statement, unless Macy’s was acquired by another company.

But how would another company measure and account for the value of that goodwill, or Macy’s other internally developed intangible assets, or even the individual worth of a parent’s gratitude?

The Value of Goodwill

Shana Clor-Proell, accounting professor at the TCU Neeley School of Business, has a new article that will soon appear in Accounting Horizons, evaluating and critiquing the existing methods of accounting for goodwill as a company asset.

The work is adapted from a letter Clor-Proell and her colleagues on the Financial Reporting Policy Committee wrote to the Financial Accounting Standards Board (FASB) when they requested feedback on the country’s current methods of accounting for a company’s goodwill and intangible assets.

Goodwill as an asset is an invaluable component of any business. Customer and employee relations, brand recognition, as well as overall reputation and future growth opportunities, all account for a significant portion of a company’s total value.

“When you look at just the 50 companies in the S&P 500 that account for more than half of all business acquisitions that have occurred in the past 10 years, you are looking at $1.3 trillion in goodwill,” Clor-Proell said.

But how does one account for how the value of that goodwill, especially when it comes to company mergers or acquisitions?

This is a topic of ongoing contention in the world of accounting, as many facets of a company’s goodwill are difficult to quantify. At the time of acquisition, the value assigned to goodwill is the difference between the purchase price and the fair value of the company’s identifiable net assets. But how is goodwill accounted for after the acquisition date?

Evaluating the pros and cons of different methods, Clor-Proell and her team support using an amortization-with-impairment model to account for goodwill instead of the currently mandated impairment-only model. Whereas impairments capture a decline in quality or market value, amortization reflects how the company uses goodwill to generate revenue over time.

Unlike physical, tangible assets, goodwill is inexorably tied to ideas, people and their relationship with the company.

“You can’t put people on a balance sheet,” Clor-Proell said. “You can never separately identify a worker’s worth and measure it. That is the sort of intangible asset that is always going to be rolled into this general line item that we call goodwill.”

Accounting for the Future

One significant obstacle in the way of formulating an ideal method of accounting for goodwill and intangible assets is the lack of peer-reviewed studies surrounding these topics.

Clor-Proell’s team believes there are many opportunities for research into goodwill and intangible assets. Despite its massive influence in the business world, several important questions about it remain unanswered.

“Our purpose [in this article] is not only to get people up to speed on the FASB’s deliberations and how research on goodwill and intangible assets can speak to them, but also to try and stimulate future research in this area,” Clor-Proell said.

The article is ultimately a call to action for researchers to further study the role goodwill plays in one company valuing another company’s assets and liabilities when making a merger or acquisition and how investors and creditors evaluates the effects of these decisions on a company’s financial performance. 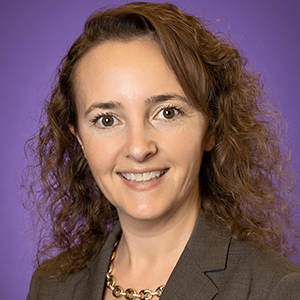